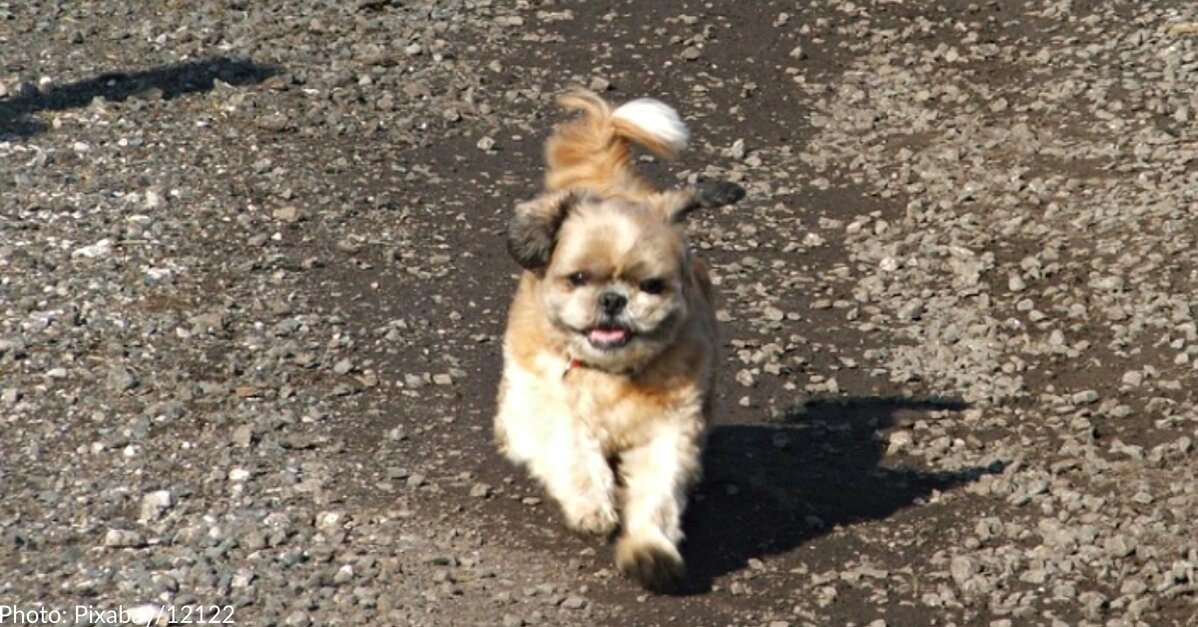 It was meant to be.

A stray dog in Spain made her own fate by chasing after a passing vehicle until the couple inside stopped to rescue her.

Martina Russo and her partner Fil were driving across the Spanish countryside when they spotted a dog chasing after their van. At first, they thought it was all fun and games, but then the dog continued to chase them.

Russo told Southwest News Service (SWNS), “We thought it was just a game, but soon realized something wasn’t right because she was running fast and would not stop.”

The couple pulled over and tried to figure out what the dog was doing out in the middle of nowhere. When she approached, they noticed that her hair was matted and it was obvious she had been living on her own for some time.

They offered her some food and water and brought her to town to try and find her owners. “The next day, we took her to the vet: female, not spayed, no chip, about 1 year old,” posted Russo.

They attempted to find her owners by stopping at homes along the way and posted on various groups on social media. But when no one came forward to claim the sweet pup, they adopted her and named her Moxie.

The Shih Tzu/Yorkie mix received a good brushing and bath before starting her new life.

The exuberant pup now lives her best life traveling and exploring different countries alongside her feline siblings and adoring parents.

Moxie loves everyone she meets and is thrilled to have a family of her own.

Also, she never seems to run out of energy.

“She’s very sweet and funny, very playful, loves our cats – to be fair she loves everything and everyone (especially cats and kids)! We love taking her on adventures and she makes us laugh every day,” states Russo.