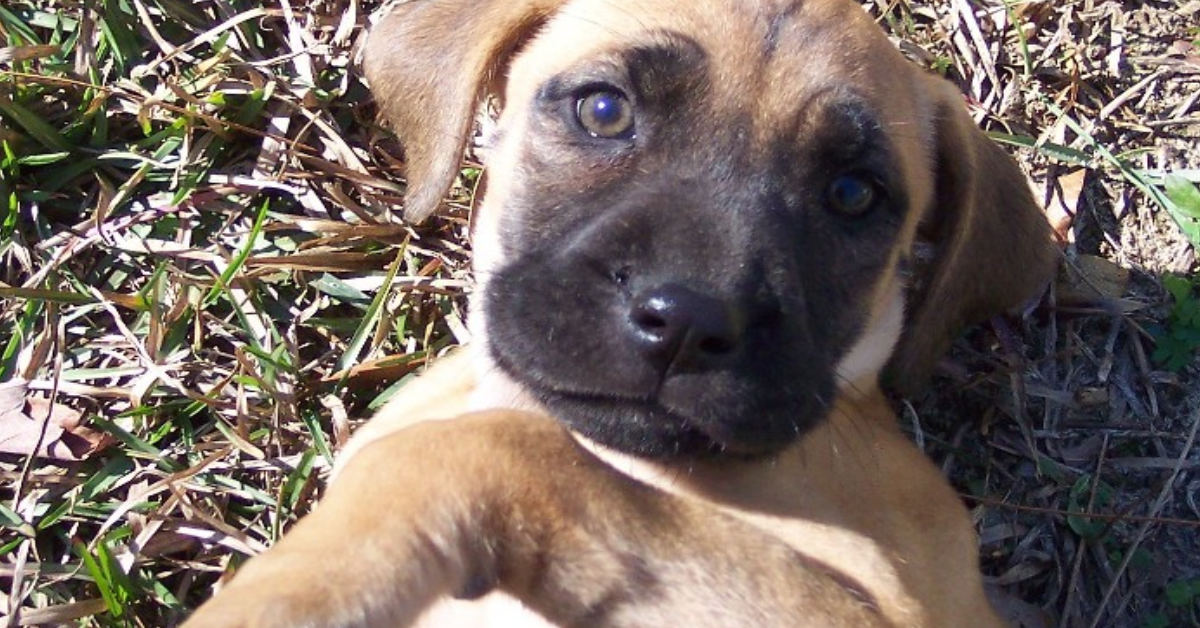 When doctors found she had no feeling in her tail; they knew they needed to operate right away.

Looking at a rescue dog, you can never know exactly what their story is. One of their best and most enviable traits is the ability to put the past behind them and embrace their forever home with passion and love.

For Amie, when watching the big and playful girl romp around with her little chihuahua brother, you’d never know that she was found barely clinging to life, nearly paralyzed from injuries in a cardboard box discarded at a landfill.

Her story is one of resilience, luck, and, fortunately, one with a very happy ending!

It all started when Tatiana, who works with YouTube channel Animal Shelters, found Amie at the dump, inside a beat-up cardboard box.

The rescue team was able to find her by listening for her pained cries — fearing the worst, they carried her to their car in the box she was found in, worrying that her injuries would worsen the more she was moved.

“She had a broken vertebrae and a torn spinal cord and she cried all the time because of the pain. Since the local vet couldn’t operate, we transferred her to a larger vet that would be able to heal her,” the team wrote on YouTube.

Amie knew that her rescuers were trying to help. Though the pain was immense, she stayed as stoic and cooperative as she could when the vet inspected her. After the inspection was done, Tatiana’s fears were confirmed: “The doctor checked and found no sensitivity in the tail. They found another fracture in the pelvis,” she later wrote.

Immediate surgery was necessary if Amie was to ever walk again. Fortunately, the surgery team managed a miracle, and Amie responded well to the operation. After a few days, she was discharged to recover, still not able to fully move around and with a large patch of fur shaved away where the team had attempted to repair her spinal cord injury.

“Almost a month later, our girl was able to walk again,” Tatiana shared in the video of the group’s rescue efforts. In that time, she’d also grown to full size, showing her beautiful coat and bubbly personality to everyone she met. The worst of her medical issues behind her, the team could now focus on finding Amie a forever home.

It’s no surprise that this was the easy part of the job — Amie loves everyone, and everyone loves her! It was an emotional moment when she met her new owner for the first time, cradled in the woman’s arms as the two got to know each other.

“Our girl has grown her hair back and is beautiful. In her new house she has new friends who love her very much. Looking at her I still think everything was like a dream because I was afraid she would live in a wheelchair when I found her, but miracles happened to her, [and] she [has] a very beautiful new life,” Tatiana concluded.