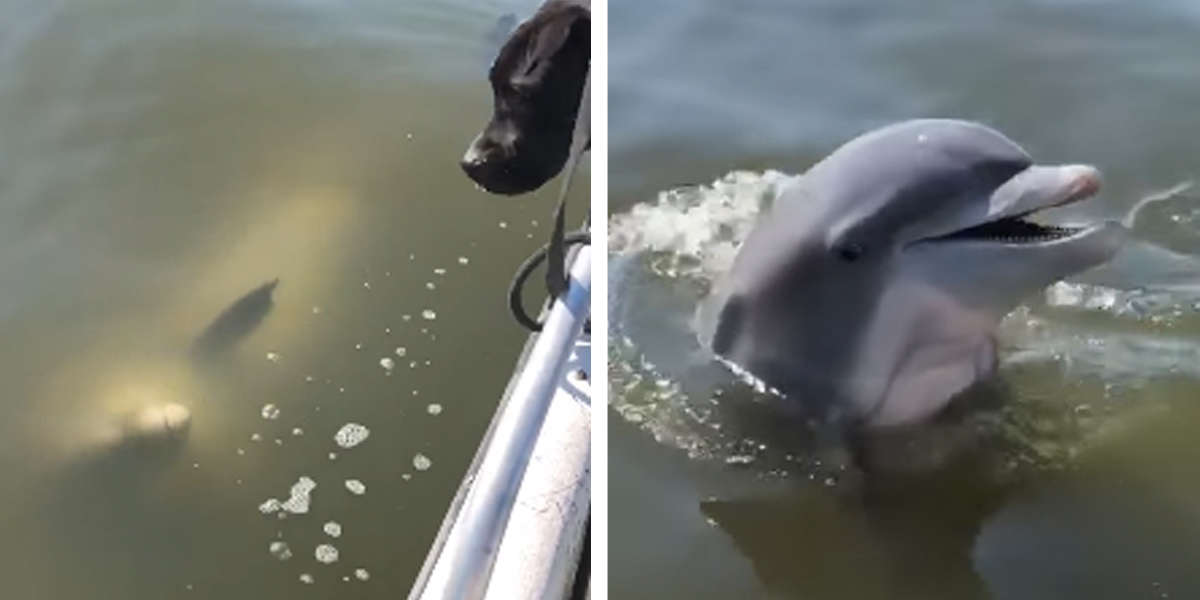 A couple of dogs riding in their owner’s boat in Georgia were in for a real surprise when a dolphin came to say hello to them.

A couple of dogs riding in their owner’s boat in Georgia were in for a real surprise when a dolphin came to say hello to them.

Magen Peigelbeck and her dogs, Stanley and Miles, were on their boat near the Isle of Hope Marina near Savannah. A dolphin had been swimming alongside their boat the entire morning before finally interacting with the dogs.

Luckily, Peigelbeck caught the interaction on video, which you can watch below.

The dolphin slowly approaches the boat, occasionally popping his head above the water toward the dogs. The dogs began barking at the dolphin, who kept coming toward the boat, seemingly responding to the dogs’ barks.

One of the dogs grew curious and leaned over the side of the boat as the dolphin came within a few inches.

While the dogs were probably confused as to what this creature was, the dolphin did not back down from their barks and continued to swim along the boat all morning.

“It makes me grin and my heart get big,” Peigelbeck told WSAV. “Everyone can get along. We can learn lessons from animals.”