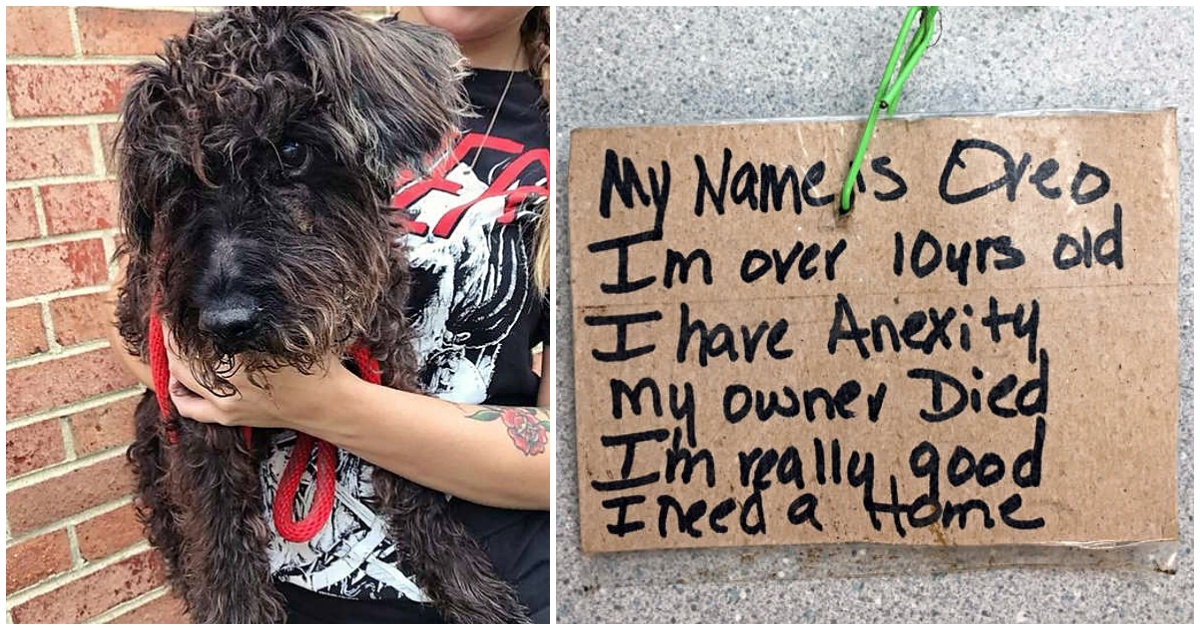 Officer Boone, of Richmond Animal Care and Control, responded to a call regarding a blind dog who had been tied to a pole and abandoned.

Officer Boone, of Richmond Animal Care and Control, responded to a call regarding a dog who had been tied to a pole and abandoned.

When the officer arrived, he found a very old Schnauzer-Poodle mix tied to a pole with a leash on a hot Virginia street corner with nothing to eat or drink.

As he got closer, he noticed that there was a note written on a small piece of cardboard, which was attached to his leash.

The senior dog could barely see or hear, and he was extremely timid and confused.

He was immediately brought into RACC’s care for medical examination. Oreo was understandably very scared, but once they began holding him more, Oreo started to calm down and feel more comfortable.

Thankfully, aside from losing his sight and hearing, he was in good health. Now it was time to find this old dog a home to spend his golden years. Luckily, that didn’t take long!

A woman in Fredericksburg thought there was something special about Oreo and wanted to open her home to him.

Oreo now has five acres to run around on and a new doggy sibling to play with. His golden years will be the best ones yet!