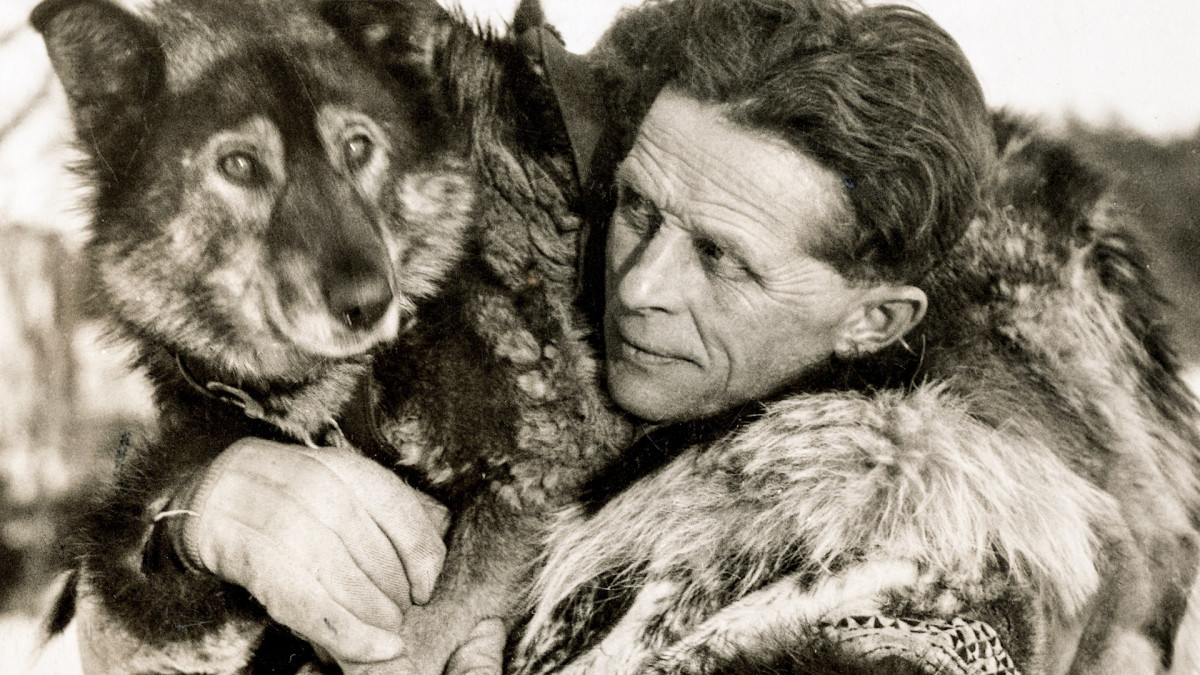 In the winter of 1925, a deadly epidemic hit a small remote port of Nome, Alaska. It threatened the lives of the 10,000-plus living in the area until Togo came to the rescue:

“I hope I shall never be the man to take away credit from any dog or driver who participated in that run. We all did our best. But when the country was roused to enthusiasm over the serum run driver, I resented the statue to Balto, for if any dog deserves special mention it was Togo…At the time I left [for the run] I never dreamed that anyone could consider these dogs [the second string] fit to drive even in a short relay…As to the leader, it was up to the driver who happened to be selected to choose any dog he liked, and he chose Balto.”

These words were uttered by Leonhard Seppala, a Norwegian sled dog breeder, trainer, and musher who with his dogs played a pivotal role in the 1925 serum run to Nome.

You’ve probably heard of the famous dog, Balto. For many years, he has been given most of the credit as well as the fame of being the true hero of the serum run. While we do not deny that he was no doubt a hero, we want to give credit to Togo, the unsung hero.

For many years, popular culture created multiple adaptations of the story of Balto. But finally, in 2019, Walt Disney released a film based on Togo’s role in the whole serum run.

There’s a lot that we miss out on when we don’t look back and learn about the past, such as this story of heroism. Most especially those of our little heroes and history makers that were rarely mentioned in textbooks.

Yes, we’re talking about the dogs in history whose stories have somehow gotten buried and have been forgotten throughout the years, like Togo’s.

Togo was initially given away by Seppala’s wife at the age of 6 months. He was not considered fit to be a sled dog because of how he was such an ill young puppy that needed intensive nursing.

It was said that he was also rowdy and was showing “all the signs of a canine delinquent.”

After only a few weeks in his new home as a house pet, Togo jumped through the glass of a closed window and ran several miles back to his original master’s kennel. This devotion to the team impressed Seppala, so he did not try to give him away again. However, Togo continued to cause trouble by breaking out of the kennel when Seppala took the team out on runs.

He eventually began training, and after a few years filled the lead dog position. His prowess as a leader consisted of many impressive feats of intelligence and endurance, documented by writers and historians through accounts by Seppala himself.

THE GREAT RACE OF MERCY

Fast forward to the winter of 1925, a deadly epidemic hit a small remote port of Nome, Alaska. It threatened the lives of the 10,000-plus living in the area. Children were especially at risk, and Nome’s isolation created a nightmare scenario for those trying to get the cure.

An antitoxin was located, but the nearest point where the serum could be reached by rail was located 674 miles from Nome. With a blizzard approaching, air travel was ruled out. Since no plane or ship could reach the isolated town, a unanimous decision was made by the officials. It was to use multiple dog sled teams to transport the medicine across the dangerous land.

At this point, it was truly a race against time. Togo and Seppala traveled 260 miles (420 km) from Nome in three days. With temperatures hovering around -30 degrees, Seppala and his dogs made incredible time in their mad dash east. The outbreak worsened back in Nome. Officials decided to add more teams (Headed by Henry Ivanoff with Kaasen and Balto) to the relay, without Seppala knowing.

On the return trip across the Sound, the team became stranded on an ice floe. Seppala tied a lead to Togo, his only hope, and tossed the dog across five feet of water. Togo attempted to pull the floe supporting the sled, but the line snapped. Amazingly, the once-in-a-lifetime lead dog had been able to snatch the line from the water, roll it around his shoulders like a harness, and eventually pull his team to safety.

The team ran across the ice, which was breaking up, while following the shoreline. They returned to shore to cross Little McKinley Mountain. After descending to the next roadhouse in Golovin, Seppala passed the serum to Charlie Olsen, who in turn passed it to Gunnar Kaasen and Balto.

On February 3rd, 1925, Kaasen and Balto rode into Nome to a hero’s welcome. The serum had arrived, and the town had been saved.

Though Balto was the lead dog of the 53-mile final leg and received the credit for saving the town, many argue that it was Seppala and his Siberian Husky lead dog, Togo, who were the true saviors of the day. Togo and Seppala traversed an astounding 264 miles, their leg of the journey was the longest and most dangerous.

In 1960, Seppala said that “I never had a better dog than Togo. His stamina, loyalty and intelligence could not be improved upon. Togo was the best dog that ever traveled the Alaska trail.”

Togo retired in Poland Spring, Maine, where he was euthanized at the age of 16.  After his death, Seppala had Togo custom mounted. The mounted skin was put on display at the Shelbourne Museum in Vermont. Eventually, in 1983, his mounted body was given a place of honor at the Iditarod Race Headquarters in Wasilla, Alaska. While his skeletal remains are preserved in a separate location. It is housed in The Peabody Museum of Natural History at Yale University.

Dogs truly are quite amazing, aren’t they? More often than not, they save lives in one way or another.

There are still more stories waiting to be retold.  If you’ve been enjoying this Dogs in History series, stay tuned for more!