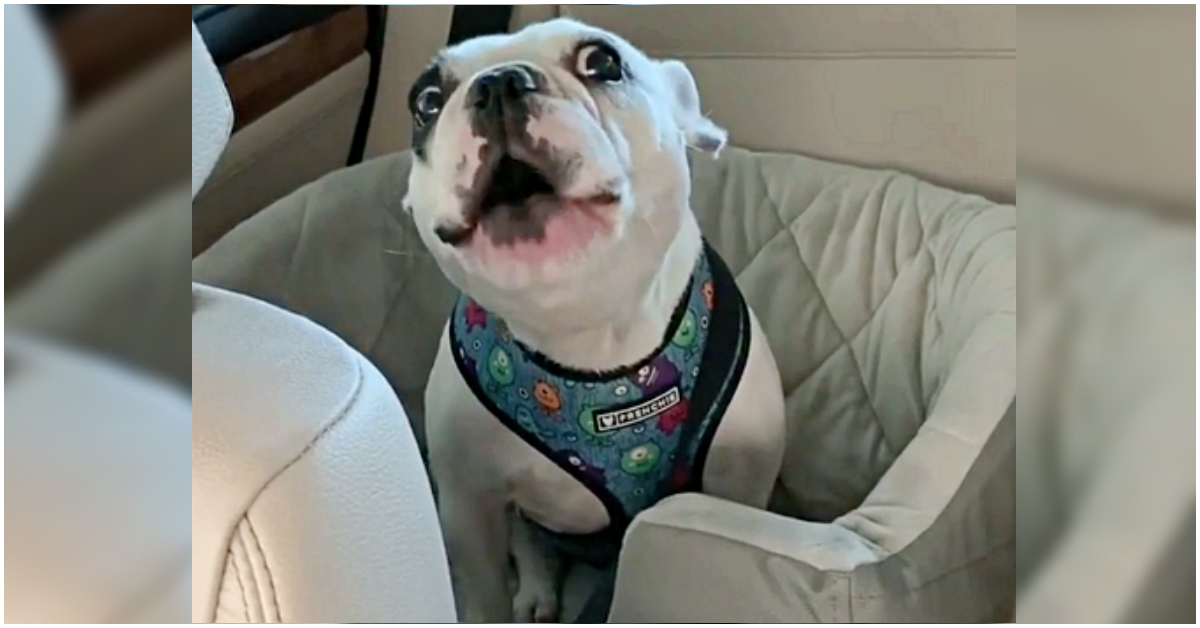 His meltdown will have you laughing out loud!

Walter Geoffrey the French Bulldog lives with his mom, Amber, in Austin, Texas. He looks as sweet as pie, but sometimes he can be very sassy. And he has the mouth to prove it!

Walter started throwing a fit, moaning and howling at his mom. His meltdown goes from high-pitched howls and eventually changes to a deep, angry tone. Amber tells him to stop interrupting her, but Walter continues to protest.

She tries to explain that the reason they can’t go to the park is because they’re spraying for bugs. As she’s telling him that, he quiets down and his ears perk up to the word “park.” He finally quit his temper tantrum and listened to what his mom had to say.

Amber posted this adorable meltdown on Facebook, which went viral with more than 22 million views. But this isn’t Walter’s first video to go viral. Amber posts all sorts of videos of Walter on their Facebook and Instagram page.

This also isn’t the first time that Walter has thrown a temper tantrum. He may be a small dog, but he definitely has a big attitude, and he isn’t afraid to let that show! Amber describes Walter as the “hottest mess,” living in “Meltdown city at the corner of Unstable and Emotionally Over-Dramatic.”