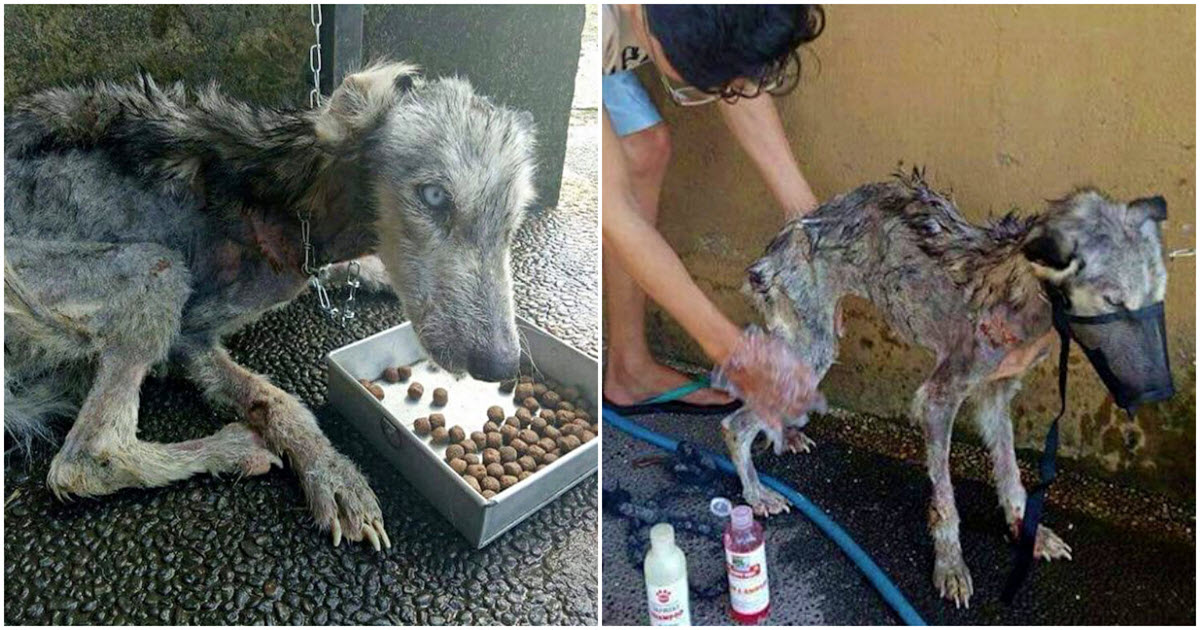 Rico took one look at her and knew he had to save her.

Rico Soegiarto was on his way home from work when he spotted a dog lying in the middle of the road in Denpasar, Bali. She was severely emaciated, had wounds all over her body, and was missing most of her hair.

She was a Siberian Husky, but she was in such bad shape that you couldn’t even tell. This poor pup was on the brink of death, but Rico took one look at her and knew he had to save her.

Rico already had four rescue dogs back at home, but he felt an instant connection with this pup. He decided to name her Hope, which was very fitting because her bright blue eyes showed a glimmer of hope, despite her awful condition.

Rico brought her home and Hope’s road to recovery began. Rico gave her many medicated baths to help her fur grow back, and fed her a lot of food to help her gain weight. Rico did an amazing job at nursing her back to health.

As time went on, Hope began to look more and more like a normal dog and it gave her the confidence to break out of her shell. As her hair started growing back, she became unrecognizable.

Ten months later, Hope’s transformation was complete and now she is such a beautiful, healthy Husky! Not only did Rico rescue and transform Hope, but he decided to adopt her!