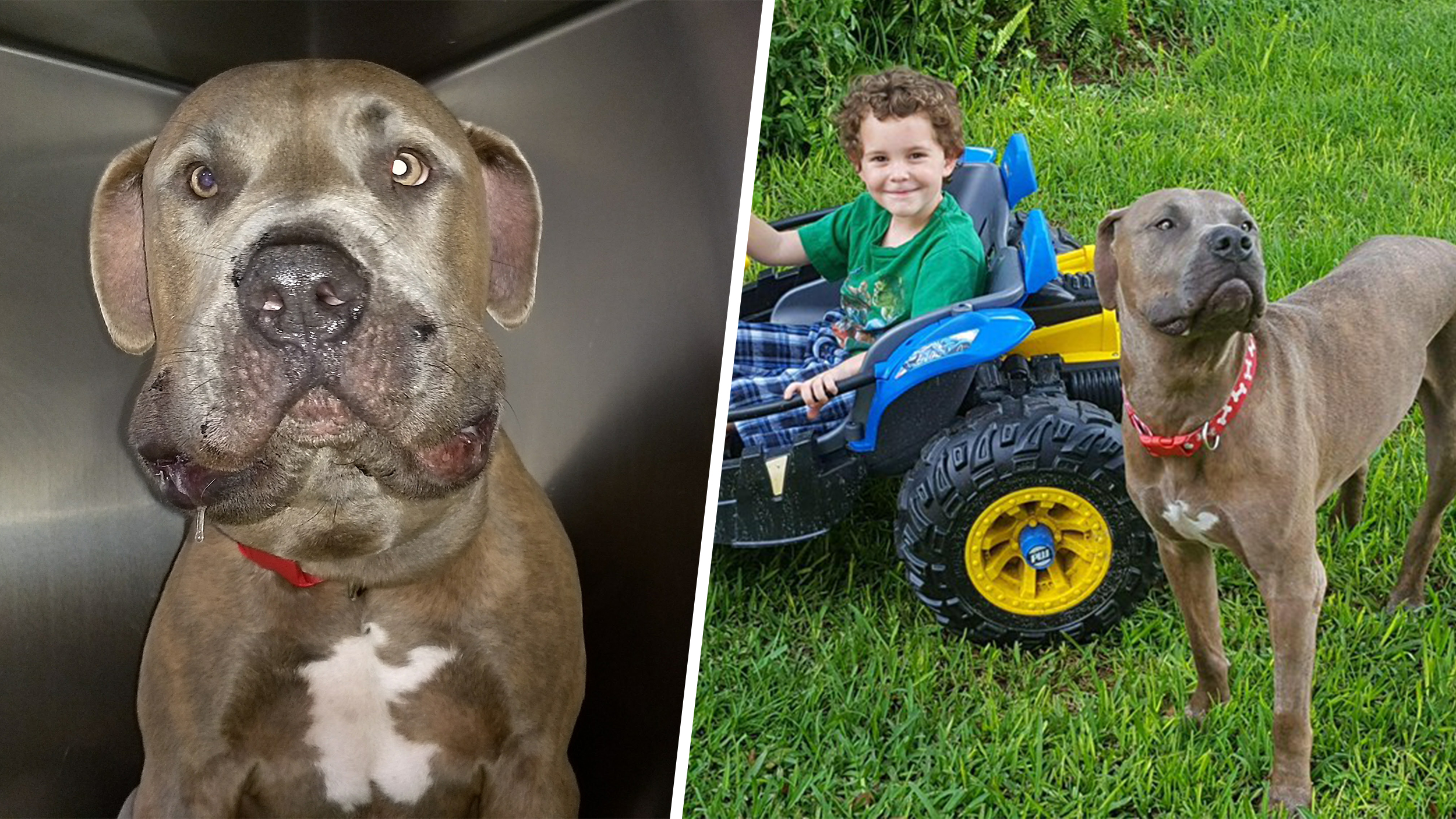 Hurley is a hero. Bless his sweet heart for saving that little boy.

Pit Bulls often face the reputation of being aggressive dogs. But this Pit Bull is a hero at heart and selflessly put his life on the line to save a kid’s life.

A woman put up a Facebook post about her brother’s Pit Bull that went viral. This is what she wrote:

My brother was walking his pit bull lab mix, Hurley, in our neighborhood field around 10 pm. He walks him this late so he can let him off his leash so he can do what he loves to do, explore all the different smells. He heard a young kid scream and before my brother knew it, Hurley took off after the scream.

With my brother close behind, he saw Hurley grab a copper head snake away from the little boy and fling it around, later found out he had killed it. The little boy ran to his mother’s vehicle and sped off so fast that my brother was unable to find out any information on the little boy. (We are assuming because they left so fast that he was bitten and being rushed to the ER)

My brother then went on to call animal control and the Highland Village Cops showed up to check out the scene. They asked to take a look at Hurley to see if he was bitten. To my brother’s surprise, he was bleeding, had a swollen neck and foaming from his mouth. Sure enough, they found two puncture wounds in his upper lip.

Shelby rushed Hurley to Denton Animal Emergency Hospital where he stayed the night so they could check his blood clotting ability multiple times throughout the night. Shelby and Hurley both got home this morning. Thank God, Hurley is doing a lot better this morning, just seems a little uncomfortable with his swollen face and neck.

Here’s our hero pit bull. I’d like for his story to get around for those who judge his breed.

In an effort to fight the negative stereotype that follows Pit Bulls, this woman urged others to share her post. The story touched the hearts of thousands of people and got shared more than 200,000 times!

Thousands of people left touching comments, including one user who said, “Hurley is a hero. Bless his sweet heart for saving that little boy.”