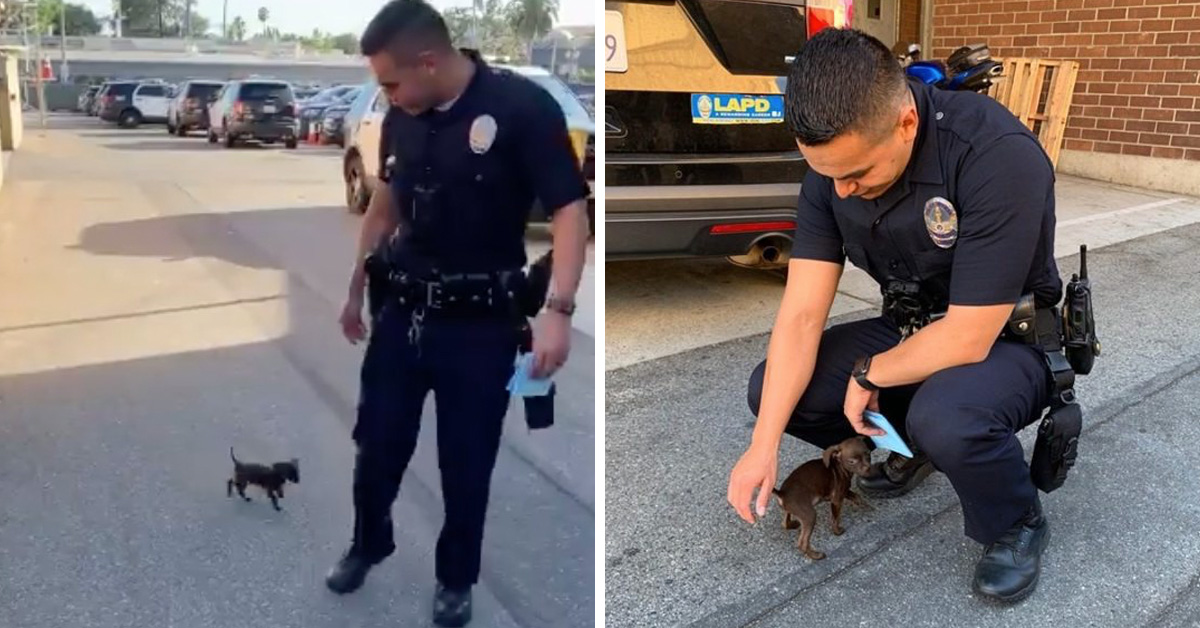 The scared and helpless puppy kept following the officer in hopes that he’ll help him.

Officers Mercado and Tavera were patrolling the streets of Los Angeles when they spotted an abandoned puppy stumbling alongside Hobart Boulevard. The wee little thing was mercilessly dumped and had nowhere to go.

The scared puppy noticed the officers and somehow sensed that they could help him. He trotted with his tiny paws and approached Officer Mercado with hopeful eyes. The kind officer immediately scooped him up and brought him to the safety of their patrol vehicle.

The officers named the puppy “Hobart” and introduced him to the staff at LAPD Hollywood Division. The cops were all so thrilled to meet this adorable puppy that they instantly proposed to train him for their K9 Unit!

In a heartwarming gesture, Officer Mercado came forward and adopted little Hobart! The puppy’s bad days are now behind him, and he’s getting accustomed to being a loved and pampered boy in his new home.

As Hobart is still very young, he’s not up for training as a K9 just yet. For now, he’s just happy to have little adventures with his dad. From struggling to keep alive on the streets to being the beloved furry member of the LAPD, Hobart has indeed come a long way! We thank Officers Mercado and Tavera and the rest of the department for saving this sweet boy!

Click the video below to watch adorable little Hobart approaching Officer Mercado and begging for help!