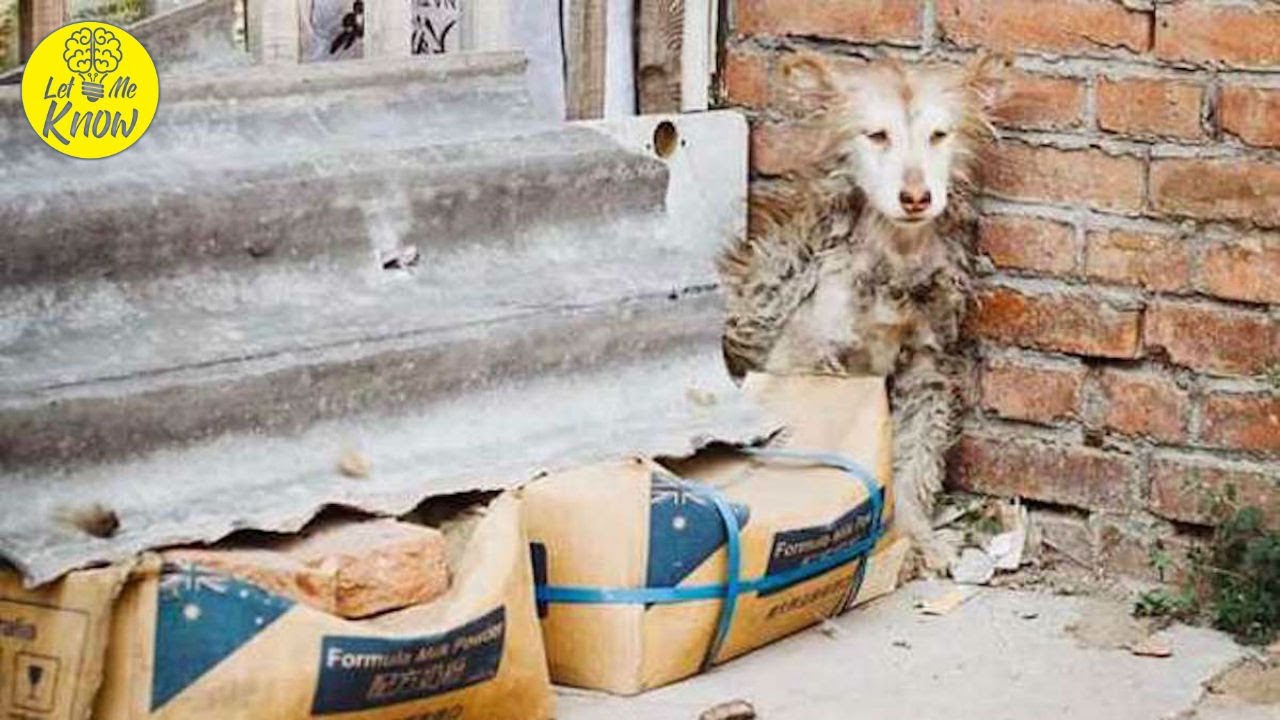 When rescuers arrived, they found more than 2,000 dogs on a property. But out of all the dogs, this one stood out the most.

When rescuers from Harbin SHS arrived, they found more than 2,000 dogs on a property in Harbin, China. But out of all the dogs, one of them stood out the most for the saddest reason.

While all the other dogs were running around playing together, this particular dog sat frozen in the corner, scared and alone.

She was also not in the best of shape. Her fur was very dirty and matted with feces. She was malnourished and extremely frightened. It was obvious that this poor Husky pup had been neglected for quite some time.

They decided to take this dog in and name her Harriet. As soon as they got in the car, she plopped in a volunteer’s lap and finally felt safe for the first time.

They brought her to the vet who estimated that Harriet was around eight months old.

Just a puppy, Harriet has already experienced more sadness than any dog ever should. But thankfully she was finally in the right hands and was now on the road to recovery.

Fortunately, aside from the obvious ailments, Harriet was pretty healthy. The first thing they did was give her a bath and shave off her filthy tangled fur.

From there, she went to live at their rescue center where she would heal for the next two months.

As the weeks went on, Harriet’s fur began to grow back and she started to break out of her shell. She was such a loving, friendly pup and now it was time for her to find her forever home.

A Canadian woman named Rosee Vallee saw Harriet’s picture online and knew immediately that she wanted to adopt her. A volunteer flew Harriet to San Francisco, where she would meet her new mom for the first time.

From there, Harriet started her new life in Canada. But with her new life came a new name: Bailey. Aside from a new mom, she also has three new dog sisters who she gets along great with.

Bailey is loving her new life and going on fun adventures with her new family. She has come such a long way from being frozen in the corner of that property, all thanks to the volunteers and vets who helped her along the way!