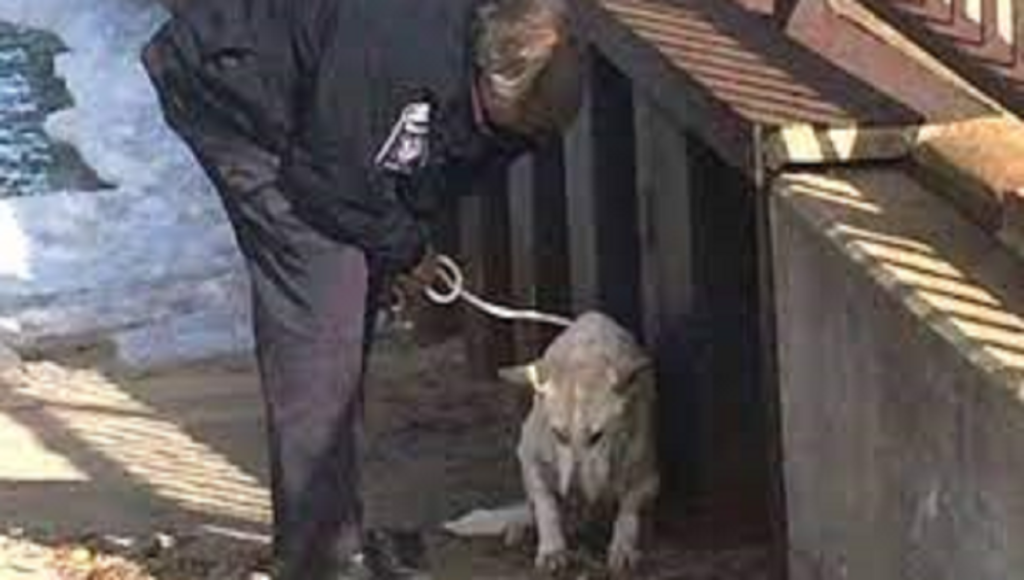 They saved his life and it was all caught on camera, but that’s not even the best part…

A stray dog who nearly drowned in the icy waters of Lake Michigan has found a forever home with a woman who saw his dramatic rescue on TV.

The white dog, now named Michigan, fell through the ice on the lake when a passerby saw him struggling for his life. She called police and officers came quickly to the scene to rescue the dog. Michigan recovered from hypothermia at the Wisconsin Humane Society while they tried to locate his owners.

Michigan’s story lead to many people applying to adopt him after it was clear his previous owners weren’t coming forward to claim him.

After reviewing hundreds of applications, the Wisconsin Humane Society picked Brenda Thompson to be Michigan’s new mom. Brenda said that after she saw him in the news, she immediately visited the shelter.

“I threw some clothes on and came straight here. I was here pretty much every day since I saw that story,” she tells TMJ4.

Now that she’s officially adopted him, she’s going to make sure they get off to a good start.

“The first thing I’m going to do is take him on a nice long walk,” Brenda says. “His bed is all made up. He’s got brand-new bowls and toys waiting for him. He’s good to go. I think this is the beginning of a great friendship.”

Michigan will have a sister too, a black Lab who Brenda adopted after Hurricane Katrina.

Watch Brenda coming to pick Michigan up from the shelter and share his happy ending with your friends and family!