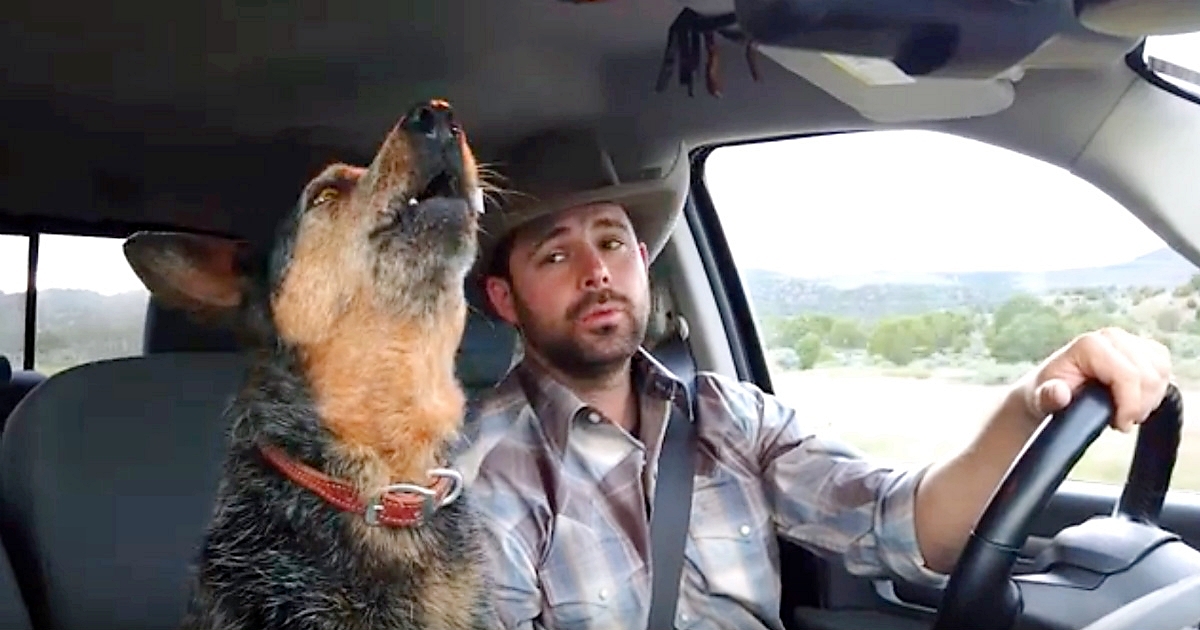 Once she realizes what song is on, her ears perk up & she lets loose!

Not only does Chris Petersen write and sing country music, he also listens to it while he’s in the car. He was taking a drive with his furry best friend, enjoying some music on the radio as they watched the scenery around them.

The dog continues to gaze out the window, while her cowboy hat-wearing human sings along to some country tunes.

As soon as the pup realizes what song is on, her ears perk up and she begins to sing along. As her human sings, she points her nose toward the roof of the car and lets out her best singing howl.

Petersen says that while his dog loves all country music, Chris Ledoux is her favorite and loves his song “Look At You Girl.” Whenever that song comes on the radio, she can’t help but sing along!

The heartwarming moment was caught on video, which you can watch below.

Not only is the video sure to put a smile on your face, but it also shows just how special Petersens’ bond is with his furry best friend.