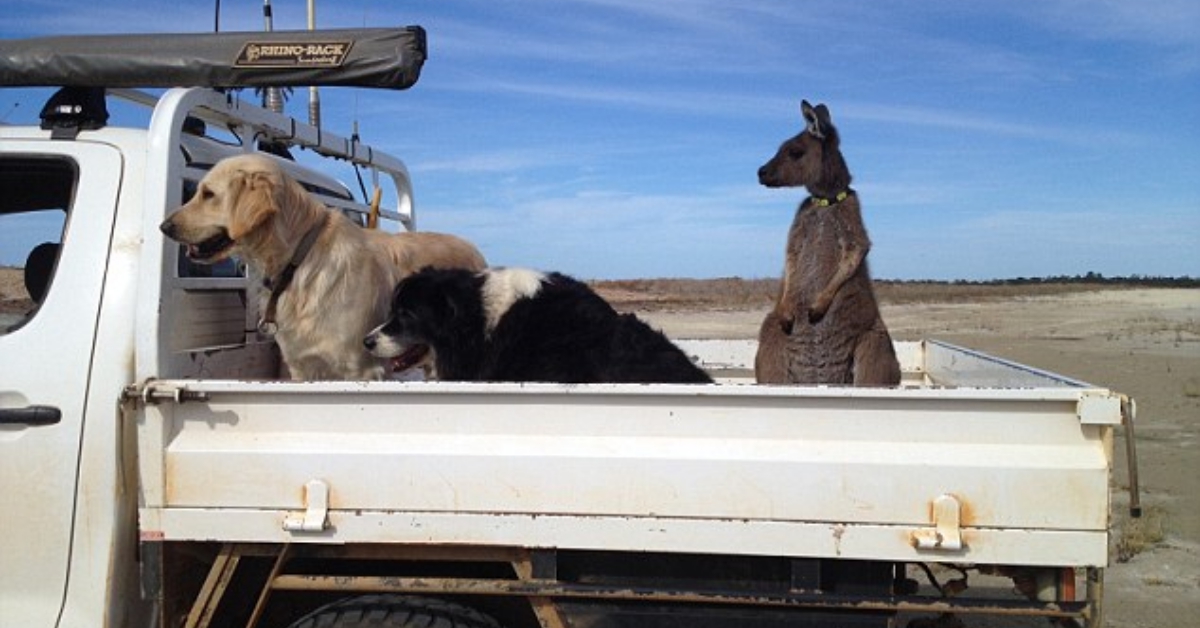 This may just be the cutest “dog” ever!

Two years ago Ashley Stewart decided to bring an orphaned baby kangaroo home. What he didn’t know was that this little guy was going to blend right in, quite literally, because he now believes he’s a dog! A Kangaroo Dog named Dusty.

Ashley and his family brought Dusty home after his mom was hit by a car and killed. He was just a little joey at the time and would likely never survive in the wild at such a young age. As sad as that story was, a much happier one awaited Dusty as he bonded with the family’s two dogs, Rosie and Lilly. Lilly especially who took to Dusty like he was her own.

Dusty loves his new family. And he loves living the dog life, so much that the Stewart family had to get a third dog so there were two pairs!