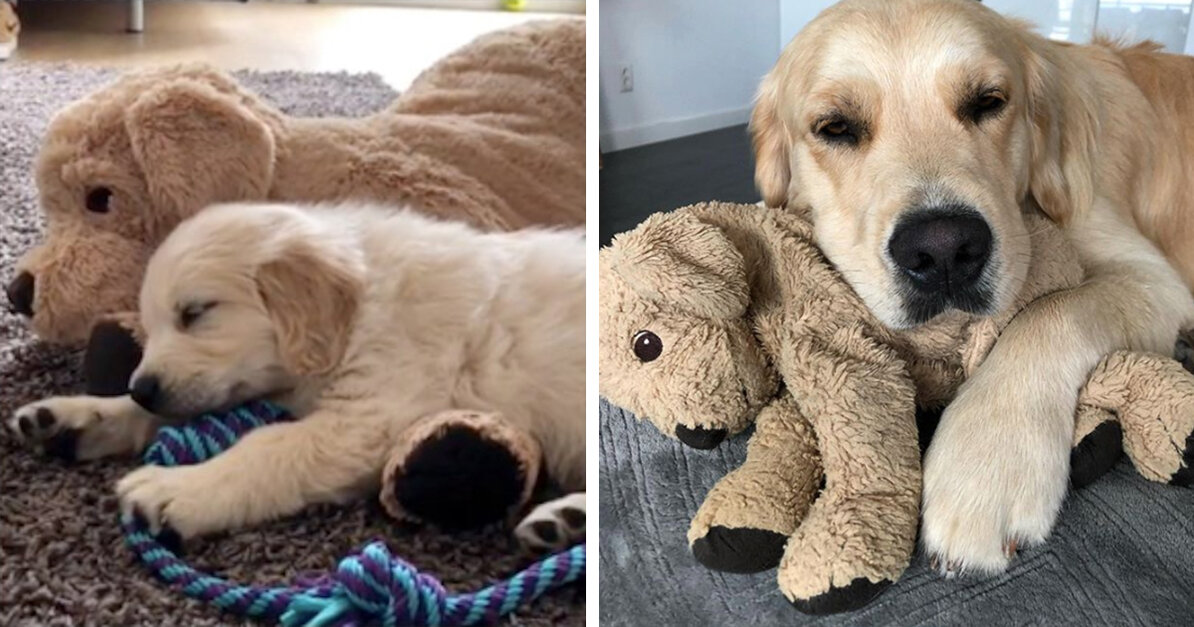 He refuses to go anywhere without his stuffed dog Fluffy.

While it’s not uncommon to see kids get very attached to a certain stuffed animal of theirs and refuse to go anywhere without them, the same isn’t always said about our pets. But they too, can get very attached to their stuffed animals and refuse to do anything without them. That is the case with 1-year-old Barley, a Golden Retriever living in Amsterdam. He refuses to go anywhere without his stuffed dog Fluffy.

Barley’s owner, Zita Butler, bought the stuffed toy for Barley when they first adopted him as a sort of welcome to your new home gift.

At the time, Butler hoped that the toy would help Barley settle in and that he’d like it – but she wasn’t prepared for just how much Barley would take to Fluffy. He refuses to do anything – be it walking around the house or hanging outside – without taking Fluffy in his mouth.

Barley and Fluffy are an inseparable pair at this point – so much so that neighbors in the neighborhood recognize and love the iconic duo, snapping pictures of them on their walks.

Fluffy even looks like Barley, so it almost as if Barley is carrying around his own mini-me.

Besides being a very sweet and affectionate dog, Butler describes Barley as an “attention seeker,” “a bit goofy,” and a “real explorer.”

You can watch the adorable duo in the video below, as well as follow them on Instagram.