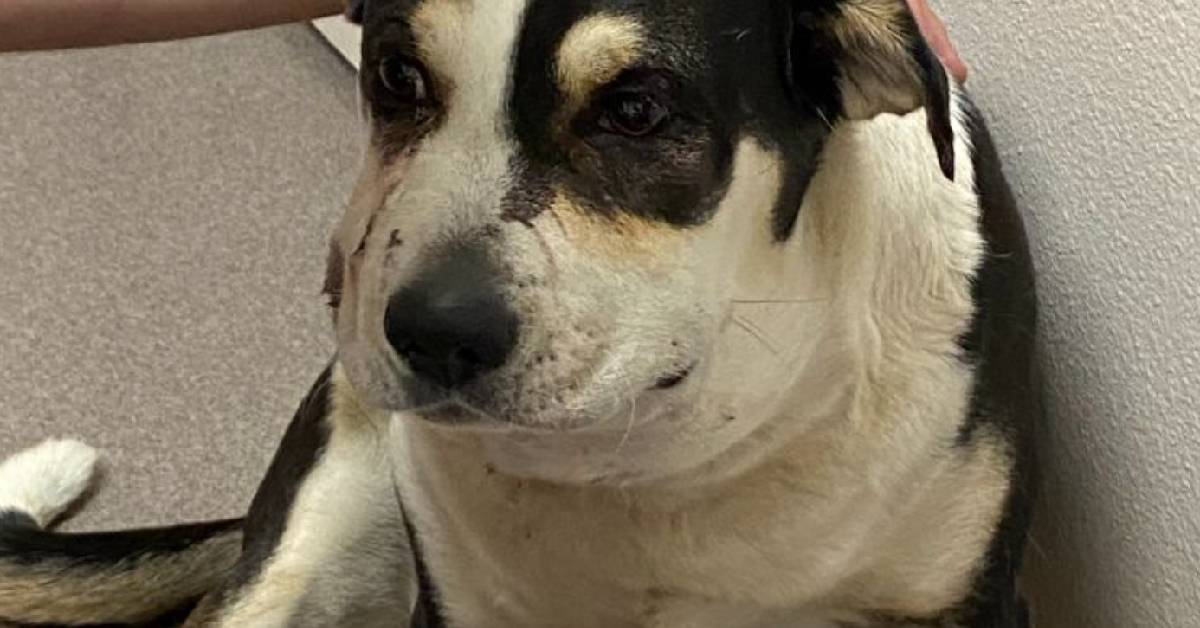 RIP, Jersey. We’re so sorry for your loss!

Spring and summer present myriad chances for dogs and their owners to get outside. But warm weather also presents extra dangers for pets, case in point being the California dog bit 5 times by a rattlesnake as she played outdoors.

According to Newsweek, the 3-year-old pup was investigating the rocks near her house in Prather, California, when the incident occurred.

“I heard the gravel move and she came out from between the cars, and she was swollen and drooling, and she had been bit by a rattlesnake,” Jersey’s owner, Deborah Smith, said.

Smith rushed her poor pup, whose face and body was swollen and bleeding, to the animal hospital, where Jersey was given anti-venom. And while this treatment appeared to help, it would be another 3 days before the dog recovered enough to leave the hospital.

Sadly, California dogs like Jersey (as well as pups from Arizona, New Mexico, Texas, and Oklahoma) are at greater risk of being bit by snakes, especially during warmer months when snakes, dogs, and people spend more time outdoors. According to the U.S. Forest Service of the Department of Agriculture, per Newsweek, the risk of snake bites on dogs is highest between April and October.

This makes it essential dog owners know how to identify and treat snake bites on dogs, which often require urgent veterinary treatment. Jersey’s owner was correct in rushing her wounded pet to the emergency animal hospital, but sadly, this still wasn’t enough to save her dog’s life.

Jersey was discharged on her third day, but the pup’s apparent recovery would be fleeting. Though Jersey indeed seemed much better when she left the hospital, the dog eventually succumbed to her injuries at home.

Even so, Smith was grateful that she and her beloved pet got to spend those last days together. “She was so happy to be home,” said Smith. “I’m glad we had those couple days with her.”

Now Jersey’s heartbroken family has set up a GoFundMe page to help cover the dog’s medical expenses, which are significant. “Jersey lost her battle this morning! She will forever be in our hearts,” Smith wrote after her dog’s passing. Please click here if you’d like to make a donation.

RIP, Jersey. We’re so sorry for your loss!