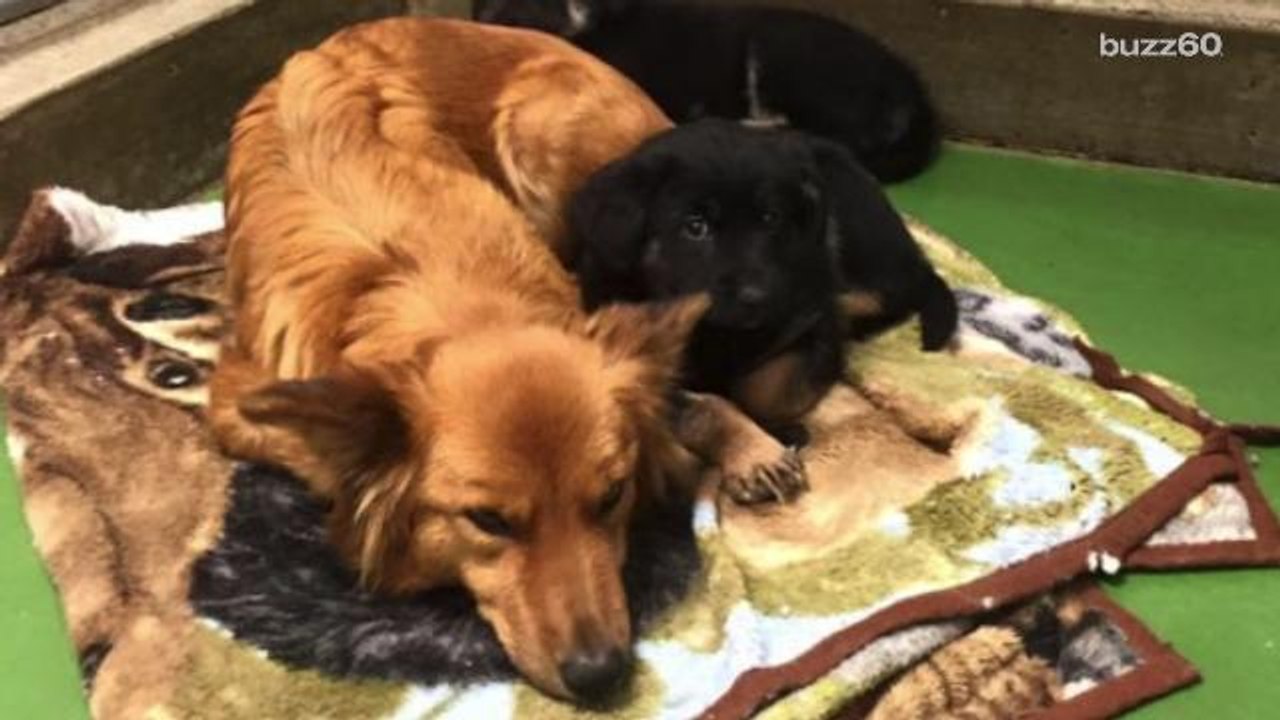 The two puppies who were with her in a motel were frightened and needed comfort.

Maggie, an Australian Shepherd temporarily stayed at the Barker’s Pet Motel in Alberta, Canada when her fur parents go on a vacation. The camera caught her getting out of her kennel and comforting two crying puppies.

The owner of the motel, Sandra discovered the surveillance footage last 2016 and shared it online.

Everybody loves cute dog stories and even ABC News reported this happening. Maggie’s fur parents intended to keep Maggie safe while they are away but Maggie has her own intention.

Maggie doesn’t want to be famous, of course, but she decided to be out of his kennel with good intentions. The two puppies who were with her in a motel were frightened and needed comfort. Maggie, as a mother also, gave maternal care to the crying pups.

Upon checking the building security cameras, Sandra worried that Maggie isn’t there. She feel relieved when she saw Maggie comforting the two babies. Workers at the motel were also surprised by Maggie and witnessed the most awesome thing they have seen while on duty.

Obviously, Maggie had a great time in the motel and show kindness to others. This story warms the heart and makes us believe that kindness is everywhere. Watch the camera footage video below.