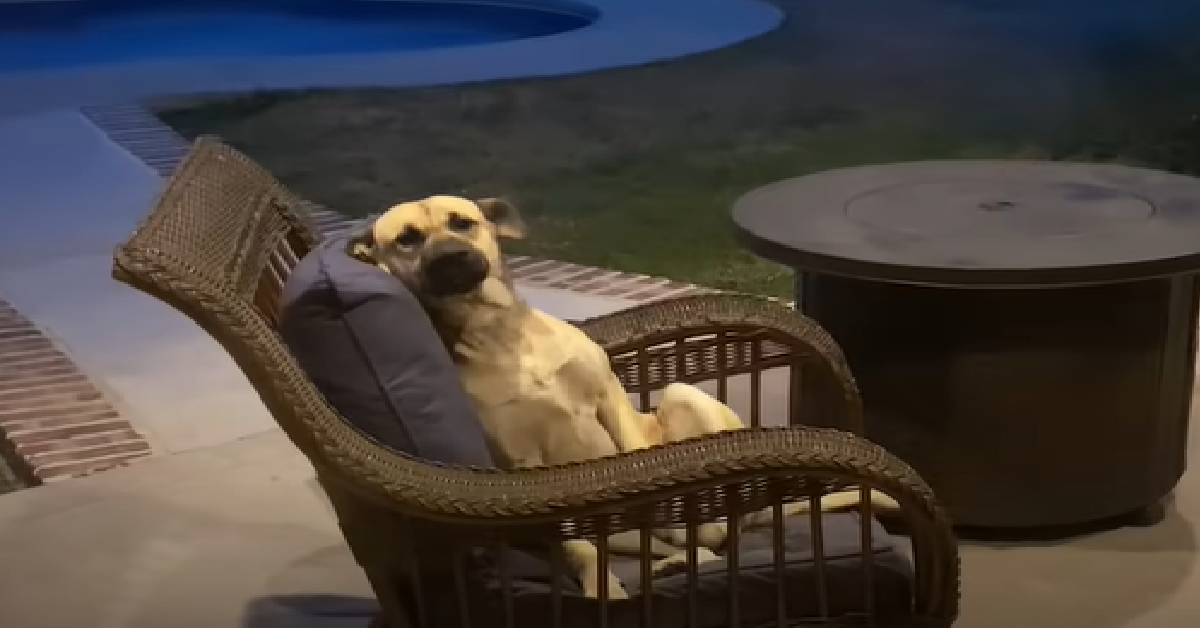 The dog had completely made himself at home on the patio and refused to leave!

When Amy Haden woke up one morning, her daughter informed her that a dog was outside on the patio.

Since Haden has two pets, she didn’t think much of it and assumed it was one of her dogs. But apparently, it was a different dog they’d never seen before!

The dog was sitting on a chair on the patio, completely making himself at home. He seemed so comfortable, as it if were his patio!

In an interview with Good Morning America, Amy said: “He had completely made himself at home on the cushions, and he just never left.”

Amy began to realize that the dog, who she named Walker, wasn’t going anywhere anytime soon. She began to search for his owner by posting on social media and contacting her neighbors.

No one could figure out where Walker came from! After a visit to the vet, they discovered that Walker had no microchip. Amy continued searching for his owner for a month but had no luck finding anyone to claim the dog.

Unfortunately, Walker didn’t get along with Amy’s other pets. Beyond that, Amy wasn’t looking to take on the added responsibility that a new pet would bring. She knew she had to find Walker a home and eventually found the perfect fit: An elderly woman who’d been praying for a pet!

No one is still sure where Walker came from or why he settled on Amy’s patio, but it all worked out just right in the end.

Check out the video below: