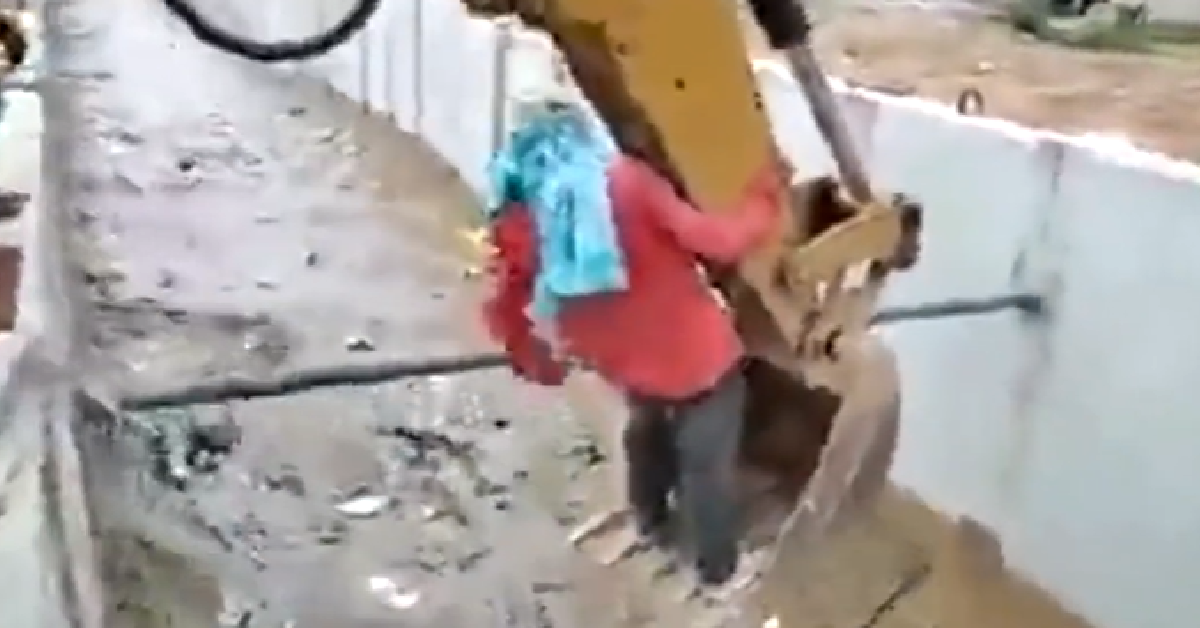 This dog rescue video is gaining traction on the internet

A dog was given a second chance at life thanks to the quick-thinking actions of some construction workers.

The rescue took place in Pasaje Canto, Ecuador when a stray dog accidentally fell into an irrigation canal.

The water in the canal was swift, brown, and full of debris. If someone didn’t act fast, the dog would be lost forever.

Of course, it wouldn’t be safe for people to jump into the canal after the dog. They needed some way to get down near the water without falling in!

That’s when some construction workers came up with a brilliant plan. They seemed to be working at a site right by the canal and when they heard the hollering about the dog from upstream, one of them quickly hopped into the bucket of the excavator and asked to be lowered over the water.

According to the Daily Mail, the man was later identified as local worker Abel Murillo.

Murillo’s decision was risky, but it all ended up being worth it when the dog was swept under the scoop and Murillo was able to grab its fur and pull it to safety.

Naturally, the dog was terrified and the Daily Mail reported that it gave Murillo a “slight bite” after being rescued. Despite that, Murillo and the rest of the construction workers made sure the dog was taken to a veterinarian for a check-up and some immunizations.

The dog ended up hanging around the construction site for a bit of time after the rescue, but they believe he’s moved onto a better, safer area.

Check out the heroic and clever rescue below: