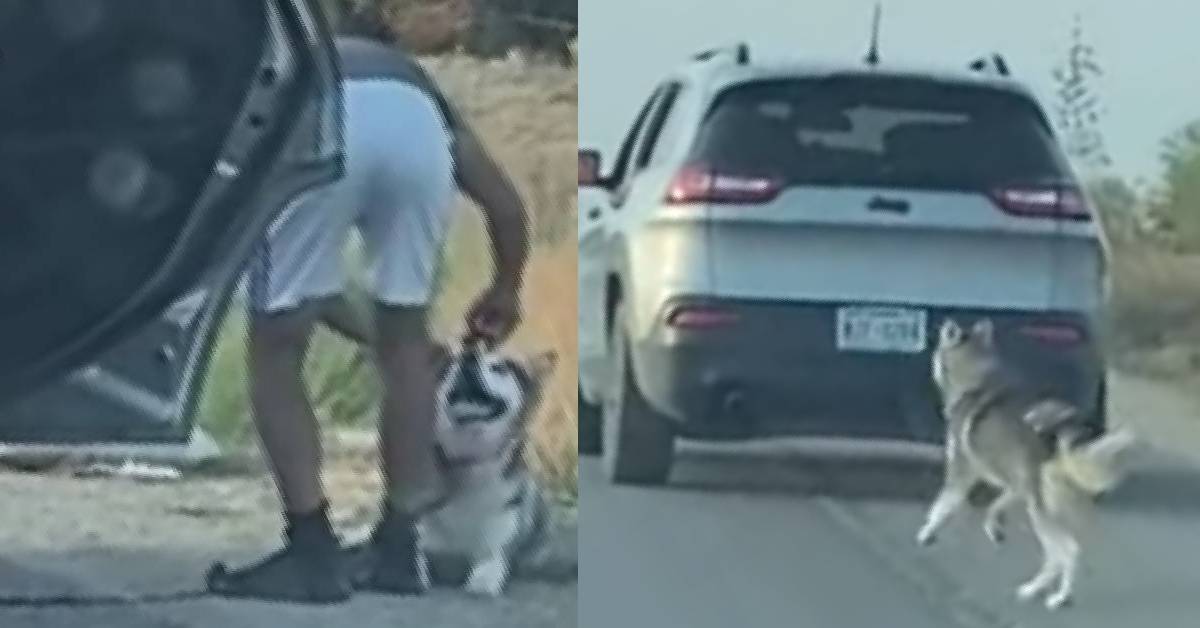 Panoramic video of the owner abandoning the dog on the highway

Millions of dogs are abandoned each year. Down in Texas, one woman captured this heartbreaking moment on film.

According to Newsweek, the incident occurred in Horizon City, Texas, where a woman named Joy Dominguez was running errands. But this routine event took a horrifying turn when the Texas woman saw a husky being abandoned on the road.

At first, the dog seemed to think he was going for a walk with his human, who helped him out of the car. But the dog’s excitement quickly turned to confusion when his owner gets back into the vehicle, shuts the door, and drives off.

The husky began chasing after the vehicle, but the dog’s desperation failed to persuade the people to stop driving. As the dog’s confusion turned to fear, these cruel folks just drove faster. Thankfully, Dominguez captured the entire thing on film.

The woman gave her video to local media, where it was broadcast and quickly went viral. Now the husky has been adopted by a family who watched his heartbreaking story on the news – just 24 hours after he was dumped on the road by his former owners.

“When I saw the video and I saw him run after the car, it just made my heart feel like broken,” Maddie Clappsaddle told KVIA ABC-7. “But now that he’s running around and he’s happy, I feel very happy and excited.”

The young girl and her brother have named their new dog Nanook after watching the 1987 film Lost Boys, according to the station. The abandoned dog has also been to the vet, who confirmed Nanook is healthy and didn’t sustain any injuries during his terrifying ordeal.

Now the El Paso County Sheriff’s Office is rushing to identify Nanook’s original owners, who could be criminally charged for this blatant act of animal cruelty.

“These crimes against our voiceless animal victims are taken seriously and we actively seek to hold suspects accountable for these cruel acts,” the department wrote on Facebook.

According to Newsweek, the dog’s former owners could face a Class A misdemeanor charge, a $4,000 fine, and up to a year in jail.

According to El Paso Times, police have already arrested one suspect in connection with this incident.

Learn more about Nanook’s happy ending in the video below!