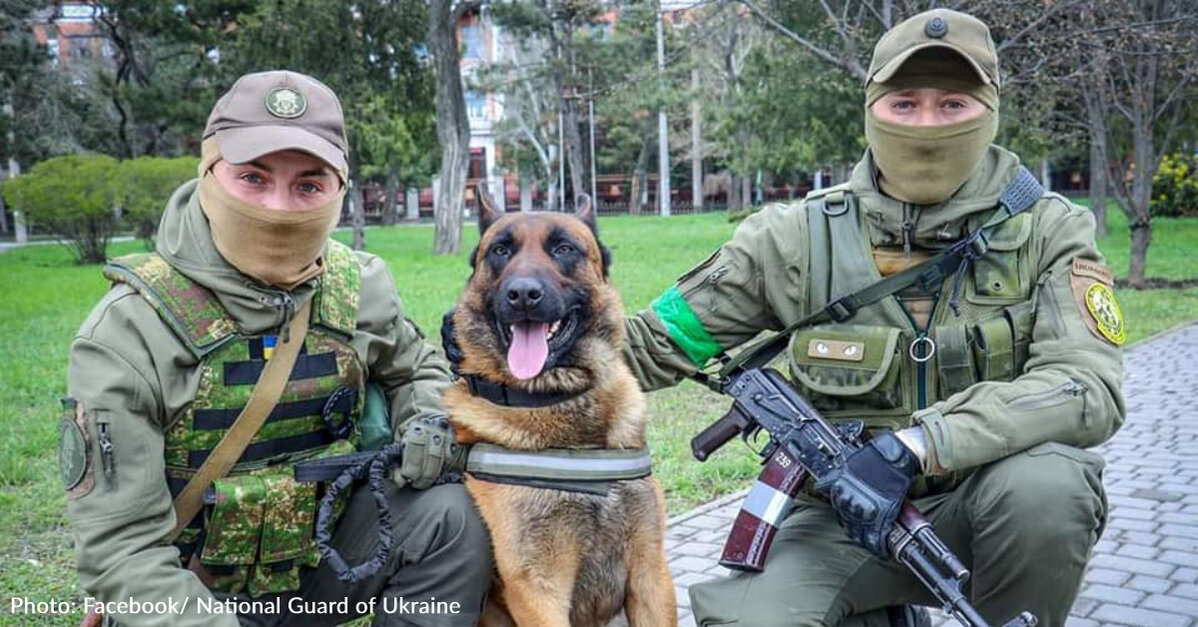 Russian forces were driven out of the villages of the Nikolaev region near Mykolaiv by the Ukrainian military and left behind many dangerous objects – and a Belgian Shepherd.

Ukrainians view dogs as members of the family and took the abandoned dog in as one of their own. The trained military dog was renamed Max and joined the defenders of Ukraine.

The National Guard of Ukraine posted about their new team member and said, “This is a Belgian shepherd, about three years old and he is in great shape. All the base teams know. So far he understands teams only in the language of the occupiers, but Ukrainian language classes have already begun.”

The Mykolaiv National Guards are working with the dog and in just a month he has already learned Ukrainian commands. He will soon join his fellow officers to find explosives and “serve on the right side”.

Max was found wearing a Russian camouflage collar with “напи5.45 «Protector»” embroidered on it. That is how the guards knew he was a trained service dog.

Guards are working on clearing the unbroken shells, mines, stretch marks, ammunition and other dangerous objects left behind by the Russian invaders. They urge residents to “be attentive and careful! Do not touch unknown objects, as it could cost lives.”

Russians continue to attack and launch air strikes in an attempt to take control of major cities in Ukraine, but the brave Ukrainians are holding their ground and fighting back. They will continue to protect their country for their children and all who call it home.

Follow the National Guard on Facebook for more updates and witness the resilience and bravery of the Ukrainians. “We believe in the Armed Forces of Ukraine! Together to victory! Glory to Ukraine!”

Over 12 million people have fled the war-torn country with their beloved pets in their arms. Join us in helping care and feed Ukrainians and pets by donating here.