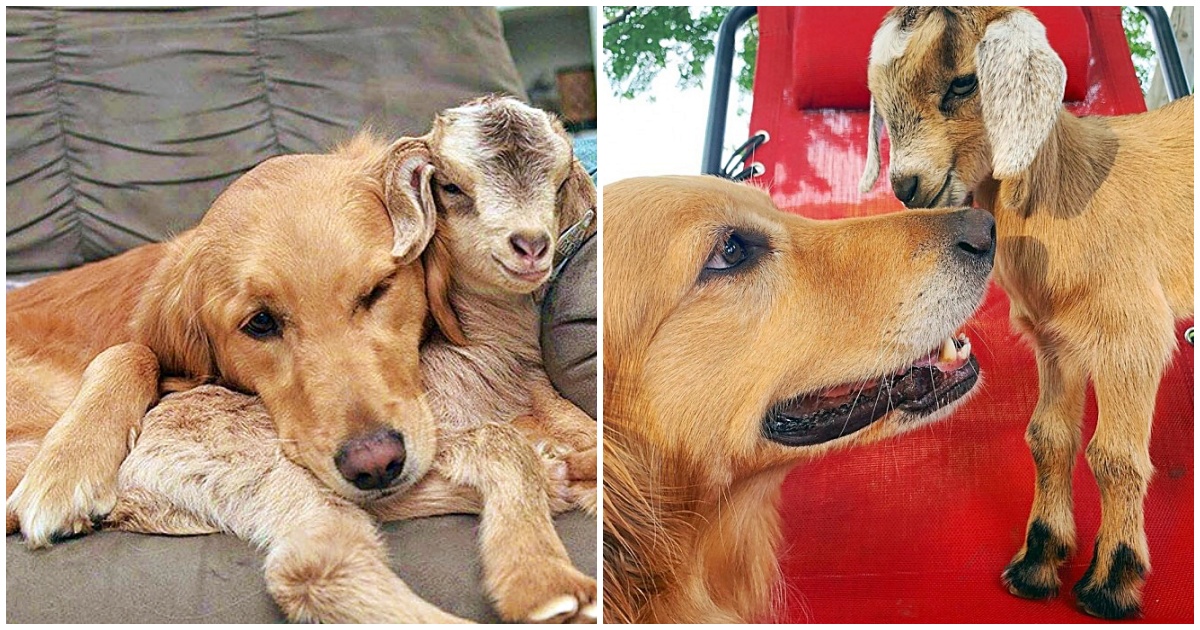 Loryn the Golden Retriever may not have any puppies of her own, but that doesn’t mean she isn’t a mother. She currently resides on a farm with her human Andrea, which means she is always helping her take care of all the animals.

From kittens to hedgehogs, Loryn has had her fair share of furry friends, but nothing compared to when her mom brought home baby goats.

Loryn immediately felt drawn to the goats and bonded with them right away. She loved them as if they were her own babies, and she made it her job to keep them safe. Loryn’s maternal instincts certainly shined as she groomed them, cuddled with them, and followed them everywhere.

They grew inseparable, and the goat kids loved Loryn just as much as she loved them. Loryn cared for them so much that the goats began to think that Loryn was actually their real mother, and Loryn wouldn’t have had it any other way.

The first goats that Loryn cared for were named Mia, Delilah, Daisy Mae, and Henry, and Loryn loved them all equally. The four of them followed Loryn around the farm, always wanting to stay close to her. Today, the goats are fully grown and are no longer babies, but still, live on the farm and remain very close with Loryn.

Now that the goats don’t require constant care now that they are older, Loryn has shifted her motherly instincts toward other baby animals who have arrived on the farm. She has even recently gotten a new baby sister, Nola, who has both of the same parents are Loryn.