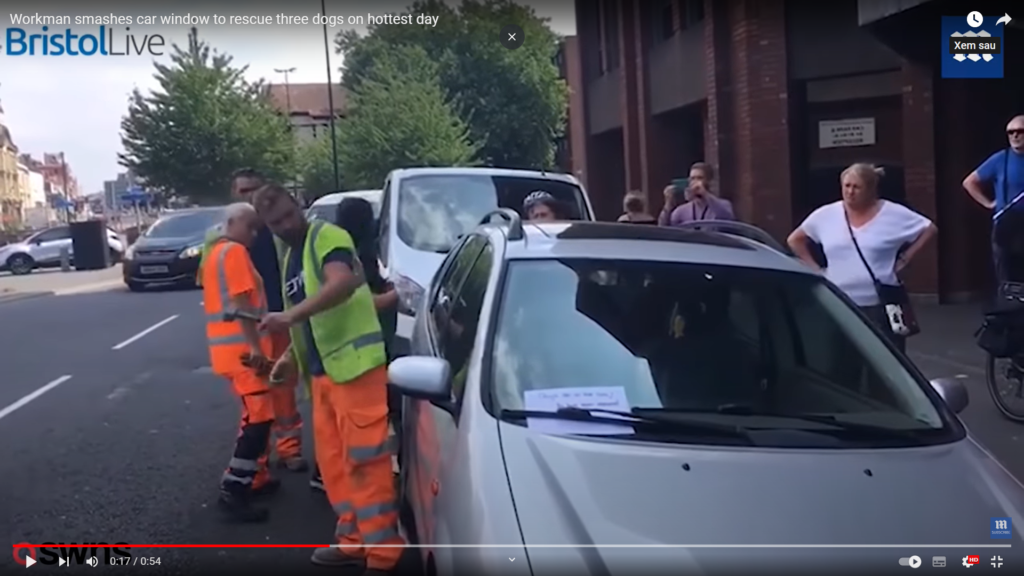 Tensions grew as the crowd waited for the owner to return. Moments later…

After leaving a note and calling police, three members of the public took matters into their own hands to free three dogs trapped inside a hot car. The moment was captured on video recorded by one of the bystanders.

The dog rescue occurred in Bristol, England, when outside temperatures reached 80.6F (27C). The three dogs were allegedly trapped inside the rear of the car for two hours without any windows open.

A crowd gathered in the Bristol city centre when a passer-by noticed the three dogs panting in the back, GloucestershireLive reported. Some people draped a sheet over the back to try and give the dogs some shade. Someone else wrote a note reading “Dogs die in hot cars! You have been reported to the police” pinned it on the window.

The police were called and Avon and Somerset officer PC Patrick Quinton attended the scene.

Tensions grew as the crowd waited for the car’s owner to return – the meter on the parking stall was due to expire in just a few minutes. But several people asked the officer to smash the car’s windows right away and a workman decided to take matters into his own hands and used a hammer to smash the window open.

The doors of the car didn’t open, so one of the workers climbed inside the car to open the rear door and people were finally able to give the panting dogs water.

Watch the tense moment in the video below.